Welcoming speech on 3 October by gallery owner Tomas Rabara, followed by a presentation by Konrad Korsunsky, staff member at Swissair from 1964 to 1998, most recently advertising director.

You may find more about the show as well as the related public events and the listing of available posters here: 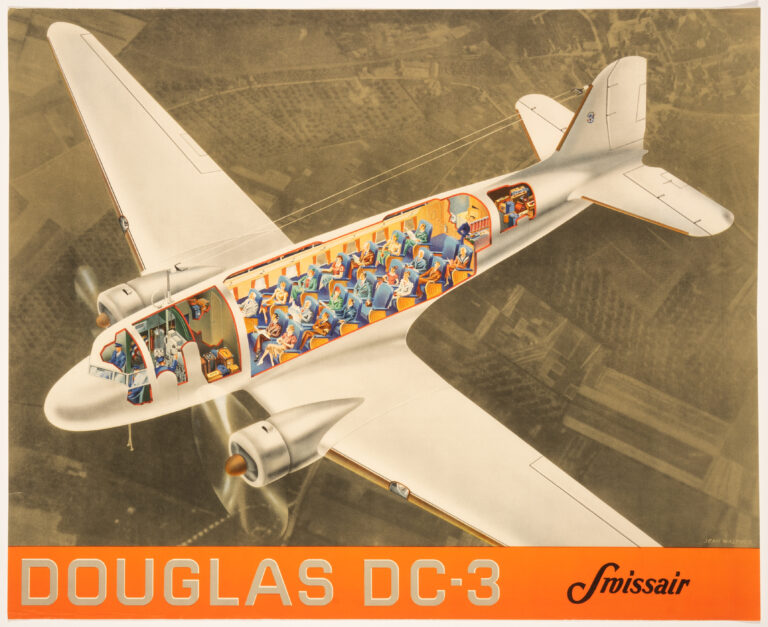 Posters that hardly ever hung in the streets

100 years have passed since Swiss aviation pioneers laid the groundwork for the first airline companies offering passenger flights, predecessors of the airline that was to be a model for civilian air travel for decades to come: Swissair.

Thanks also to its clever branding, designed by Rudolf Bircher, Swissair began to set the standards in the airline industry in the 50s and 60s. The Swiss were correspondingly proud of “their” airline company, which even could be said to have played a role in the construction of their national identity, and were correspondingly shocked when Swissair was finally grounded.

The posters on display in the exhibition – over 120 originals, in large part from the 30s to the 60s – as well as the brochures, flight schedules, and other such ephemera, offer the public a view of the sometimes lovely, sometimes quite progressive way in which Swissair advertised not only its services but Switzerland as well throughout its many long successful years of flight.

Some of the older viewers will even be seeing certain posters for the first time. On the one hand, many of the pieces are collectors’ items that are difficult to come by, and on the other hand, these posters have hardly been on public display before; Swissair used them only in its agencies and travel bureaus, which were scattered all over the world.

This backward look upon the golden age of flying need not only be nostalgic. The posters are testimonies to the first-class work of Swiss graphic artists, who brought the “Swiss Style” out into the rest of the world and who fortified the good reputation which has endured to this very day.

At the same time, these works mirror the dominating social mindset and ideas of the time – and their development. For example, while in the 30s the main message was intended to allay potential clients’ fear of flying. This soon changed after WWII to an attempt to lessen their fear of the unfamiliar and then to find the right balance as the sellers’ market gradually became the buyers’ market. These kinds of issues are dealt with more closely in the events offered in conjunction with “Sky Society.”

The exhibition will be rounded off by artefacts from the eventful history of Swissair, as well as by the handcrafted model airplanes from the scale-model workshop of Peter Wyss. The jumbo jet shown here and displayed in the exhibition has a wing span of about 80cm.

I look forward to greeting you at PLACART. 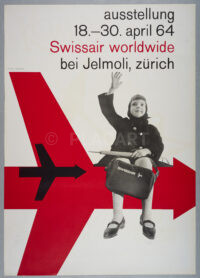