A classy presentation of Original Vintage Posters & the worldwide largest selection of lithographs and engravings by Le Corbusier –
that’s PLACART. We can also offer unique works by LC.

Looking forward to your visit

Having become popular in Paris at the end of the 19th century, advertising posters soon after also seduced the passers-by in Switzerland with their bright colors and captivating compositons – a new form of art was born.

Each of the posters available at Placart is one of the rare copies of the respective circulation that has survived to this day. The great majority of the posters went missing as they were hung up in the streets. (Picture: Werdmühleplatz Zürich, 1913; source: Baugeschichtliches Archiv Stadt Zürich)

Le Corbusier’s essence cannot be caught without seeing also the painter in him – the art of modernism is his foundation. It is what he dedicates himself to every morning over decades. His development as an architect follows the one that he goes through as an artist.

The number of posters we offer online is continually growing. In case you are looking for a specific poster: Please don’t hesitate to let us know. 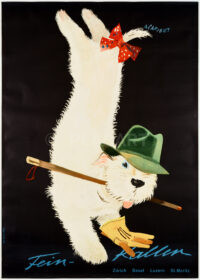 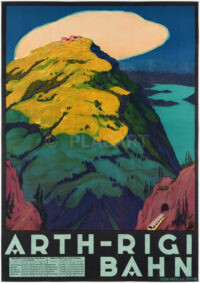 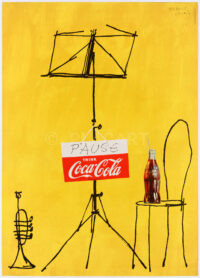 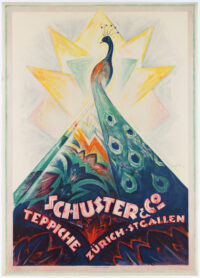 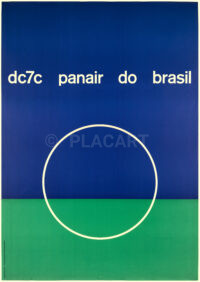 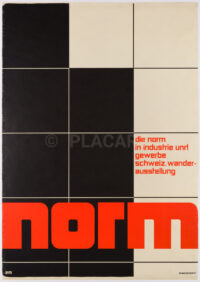 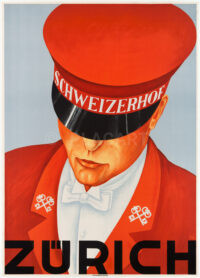 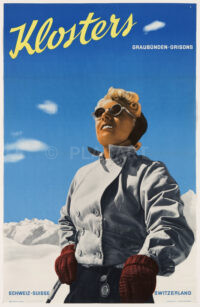 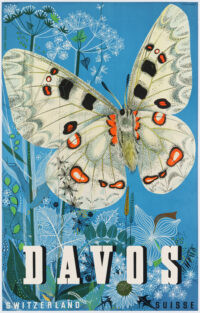 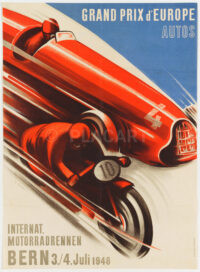 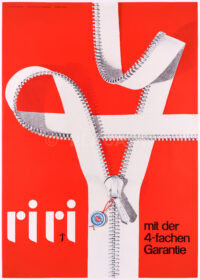 Top consulting by Tomas who runs PLACART with full commitment. Can only recommend it.

Really passionate and courteous. An enrichment of the offer at the Bahnhofstrasse.

Great news. Thank you very much for taking the trouble to find it.

Tomas did a great job. We will certainly be back.
A marvellous store!

An absolute pleasure to work with. Tomas offered his expert advice throughout the process and me with a brilliant customer experience. He has secured me as a client.

I don't really care much about Swiss posters created after ca. 1960: Even the last Swiss printers stopped making lithographs at the end of the 50s, photos began to oust everything else, and the print runs got higher and higher. But this poster: Wow – what an exception to the rule. A photo and issued 1971, yes, but how dynamic, how luminous. Do you feel the speed as well?, the piercing airstream...?

Photo by Fritz Weyrich (*1935, student and then lecturer at the Zurich School of Arts and Crafts), design by Publicité Weber & Sablonier (Lausanne)

Ante Uber: Original Poster by the Belgian Jules de Praetere (1879–1947), promoting in 1915 the new cars of Zurich’s Taxi (and moving) company Welti-Furrer (phone number 10 000, 24/7), using references to Ferdinand Hodler’s Parallelism and Ludwig Hohlwein – so circa ten years after he had laid the foundation for Graphic Design in Switzerland, because he becomes a pioneer in implementing the claim of Art Nouveau to bring together art and life ­(and thus the free and applied arts) when taking over the lead of the School of Arts and Crafts in Zurich in 1906.

He despises the academic didactics of its time, which consists of tracing templates and copying antiquity, and reforms the sterile training school for equally sterile pattern draughtsmen into a lively design school that seeks to catch up with developments in neighboring countries.

Alfred Altherr (sen.), his successor from 1913, is building upon de Praetere’s reforms (even when he states that the workshop, introduced by de Praetere, has moved too far in an artistic direction) and turns advertising art, which had hitherto been pursued rather as a sideline, in 1918 into the independent discipline of graphic arts.

In Basel, a similar specialist class was founded as early as 1915 – under (surprise, surprise) de Praetere who takes over the direction of this Kunstgewerbeschule in 1913.

"Merry Xmas" everywhere, even here at PLACART – but as I think it's nothing more than an empty phrase in most cases, let me try to give it some meaning, a little at least: By means of this poster – lovely, peaceful, hope-giving. Angels are always right!, right?

It was created by Otto Staiger from Basel (1894–1967) on the occasion of the Christmas exhibition 1952 at the Kunsthalle Basel. Staiger’s work was heavily influenced by his training as a glass painter from the very beginning. Clarity and simplicity of form and expression prevail throughout his art. Whereby clarity and simplicity (or, in other words, sincerity?) aren’t the worst guide – no matter if it’s Christmas or not, by the way.

Well, so towards the end of the year, here a kind of – let's call it – societal memento mori: A pretty unusual poster, issued in 1969 on the occasion of the premiere of Bertolt Brecht's "Turandot" at the Schauspielhaus Zurich. It quotes the "Ballad of the Emperor" from the play, which is quite suitable as an impetus to reflect a bit and practice humility.

Even if Brecht, in the very tradition of class struggle, was aiming at the ruling class, one can also see it less dogmatically, i.e.: Whoever wants to feel addressed may feel addressed.
And voilà thus the English translation:

„As things stand, we shouldn’t be complaining
Seems we could afford a little laugh
Those who take the strain on our behalf
Show every sign that they’ll continue straining.
All the years it’s been this way
No one ever shouted Ho!
But where precisely does it say
How it’s been it has to stay?
Just maybe, maybe
Things won’t always be just so.“

I just love this poster – the huge light bulb ("the proven product of the oldest Swiss incandescent lamp factory"), the bold contrasts, the composition, the rarity of the poster... Fabulous. It was created 1939 by Johannes Handschin (1899 – 1948) from Basel and thus not by one of the usual suspects when it's about New Objectivity. Quite the opposite: Handschin was rather known for his classy Art Déco designs, and this is – as far as I know – his only hyperrealistic design.

Originally trained as an architect, Handschin painted after work displays for shop windows before starting in the mid 20's in a advertising agency, where an advertising manager of the German company Henkel discovered him. This allowed Handschin to set up his own business, and that's why many of his posters are promoting Persil, Per, Henco...

In the early years of the Zurich Steamboat Company, two ships were in operation only on the weekends in July and August. Otto Baumberger (1889–1961) depicts this rare situation of crossing steamboats each other on Lake Zurich against the alpine backdrop of the Glärnisch massif – choosing the perspective so skillfully that the viewer imagines himself part of the scenery.
Baumberger, a native of Zurich, is undoubtedly amongst the top 5 of the most important Swiss poster designers ever; between 1911 and 1948, he created about 250 posters that helped shape the evolution from painterly artist posters to graphic corporate design. However, while he achieved fame as a poster designer during his lifetime, he always considered these commissioned works to be merely a means of earning a living; his so-called free art, on the other hand, to which he devoted himself with passion, was largely denied recognition.

Lithograph, printed 1935 by Wolfensberger, A- condition, ca. 100x70 cm – available in the gallery

The evolution of the Swiss Product Poster

Well, it’s done: Eleven months ago the first meeting took place, now it‘s printed and dispatched to the clients of a Swiss financial service provider: “Made in Switzerland”, a little book reviewing the beginnings and the evolution of the Swiss Product Poster till ca. 1960. I‘m pretty honored to have been asked to compile the […]

There are a few bestselling novelists who started as a copywriter – but there is only one who also wrote ads for Swissair. So my delight was all the greater that Martin Suter gladly accepted the invitation to talk on the occasion of the current exhibition “Sky Society – Original Vintage Swissair Posters” about his […]

What an experience: Had the pleasure to give a little talk at the Residence of Switzerland’s ambassador in Singapore about the crucial importance of Le Corbusier‘s artistic œuvre for his built work as well as about his more than just rare hand-signed poster that unifies both. Voilà the first hand account by Ambassador Fabrice Filliez: […]